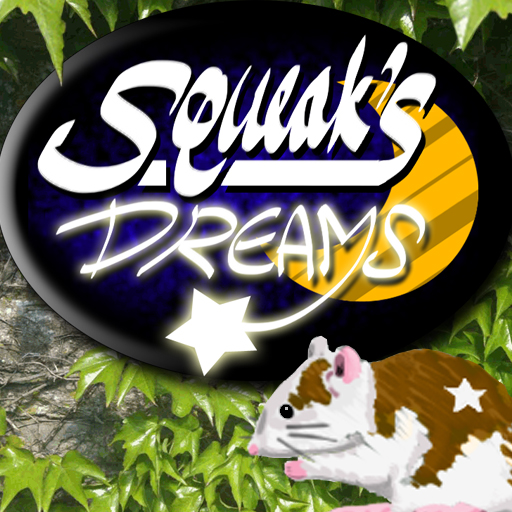 Squeak’s Dreams is an iPhone game coming to the US and UK App Store on December 12, 2011. It’s the first game from three-times videogame Guinness World Record-holder and gaming journalist Justin Towell, who woke up on New Year’s Day this year with the sudden thought: “I’m going to make an iPhone game”. Not knowing a line of programming code, he bought an iMac (working extra to pay it off) and used GameSalad to bring his cheesy dream to life. Almost a whole year later, here it is, available for iPhone 3GS, iPhone 4, iPhone 4S and iPod Touch 3rd Generation and later.

Squeak’s Dreams plays like classic 2D side-scrollers of the 1990s, only with touch-screen direction pad and jump button. The control method is simple enough that anyone can pick it up, although controlling Squeak as he bounces on ripening blackberries and ivy leaves will test even the most hardcore gaming fanatic. Squeak’s Dreams contains an original soundtrack, composed and performed entirely by Towell, from the rock song ‘Pirate Queen’ playing on the radio in the kitchen to the beautiful and haunting piano piece that plays as you bounce through the clouds. Likewise with the sound effects – the noise Squeak makes when he jumps is voiced by Justin Towell, as are the hoverflies and the sound of the dragonfly’s wings. As the credit says: Game Engine by GameSalad™, everything else by Justin Towell. Yes, that goes for the quacks too.

Celebrating the game’s release, Towell has also written a post for Gamesradar.com entitled “10 Things I Learnt While Making a Video Game (by a Games Journalist).” This is an essential read for gaming enthusiasts that are looking to break into game development via GameSalad. Lessons learned include: You Don’t Need Coding Knowledge, Bugs are a Pain in the Ass, Optimization is a BIG deal, and many more.

Purchase Squeak’s Dream on the App Store for 99 cents here.