Congratulations to Harry Atkins, developer of our October GameSalad Game of the Month, Dungeon Burglars! 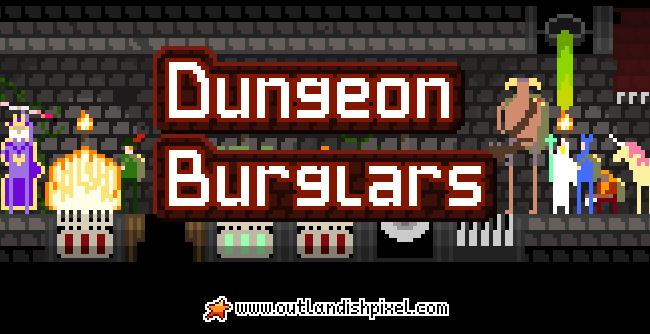 Our October winner is a tower defense like game featuring 8-bit graphics and a variety of traps to choose from.

Harry Atkins: My name’s Harry Atkins (outlandishPIXEL) and I’m from the UK. I’m amazed that I’ve won – it’s totally unexpected! Thanks so much! I’m a solo developer who likes to create pixel art, write and more recently make games. In the summer of 2013 I started my own website/blog which is generally game/game art related, and this spurred me onto making my first game.

GS: It sounds like your game developing career is off to a great start! What got you interested in GameSalad?

Harry Atkins: For as long as I can remember I’ve loved the idea of making games but I never learnt any programming languages. After looking for accessible ways to create games without coding experience, I found GS and it works perfectly for me as it’s so easy and intuitive.

GS: Well we’re glad that GameSalad is a perfect fit for you! What inspired you to go in the direction of Dungeon Burglars?

Harry Atkins: There were multiple factors really. When I began to develop the concept, I was actually thinking about a cool design for a LEGO set! I wanted to build a dungeon with modular trap sections. I pictured the game in my head shortly after; I wanted to mess with the tower-defense genre and I wanted the player to be the bad guy. Also, Peter Molyneux as a developer has inspired my interest in experimenting with game mechanics; I’ve been a fan of his games since I was a kid and Dungeon Keeper is a particular favourite.

GS: Ah I remember good ole’
Dungeon Keeper. Killing all those heroes. How long have you been using GS?

Harry Atkins: I created my account in December 2011, but I didn’t begin to use GS until February 2014. Other commitments stopped me from finding the time to learn how to use GS, which is a shame because now I know how easy it is to use! 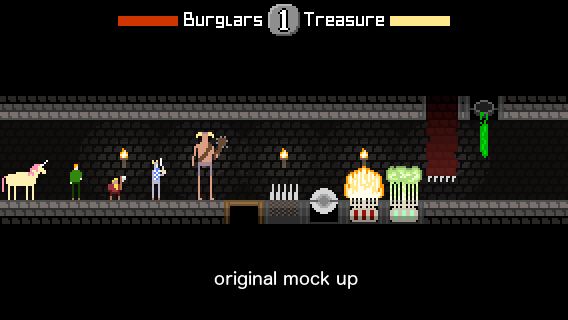 GS: That IS a shame indeed!  How long have you been making games?

Harry Atkins: Technically Dungeon Burglars was my first complete game. I have been interested in game design since I was a kid and have owned multiple game development tools over the years but I mainly experimented and never completed anything. I never dedicated enough time to learn a programming language and I studied something else at university which took me into a different sector. My heart has always been in the game industry though, and now I’ve realized that I have a lot of time to make up for! 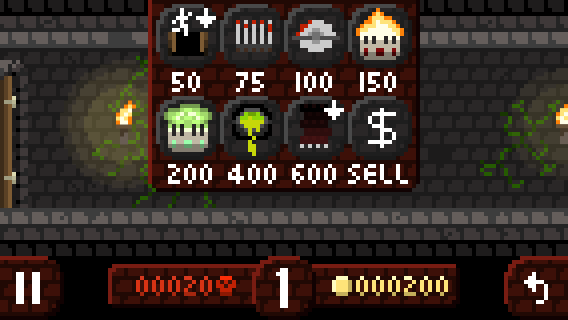 GS: Using GameSalad should help you make up that time even faster! Have you been pleased with the final product, and has the game met or exceeded your expectations?

Harry Atkins: Well my general attitude is that I can always do better, but I am quite happy with the finished game considering it was my first completed project. I have since noticed potential areas for improvement and I could almost certainly add more polish here and there and tidy up some code. I spent a long time on it and ultimately it was a learning experience so I want to take what I have learnt from this and move onto better things.

GS: It’s good to hear that you’re happy with your completed game. About how long did it take you to develop Dungeon Burglars?

Harry Atkins: I developed this in my spare time over about 7 months, but I would go through sprints of a week or two of focused work, before taking anything from a week to a month off due to other commitments. I always made sure to hit a milestone before I took a break so that I didn’t lose direction. I remember putting the first art assets together thinking: ’I have so much work to do! There’s no way I’ll get this done!’ However I tried to approach it the way the pros do and made realistic sprint goals for myself. 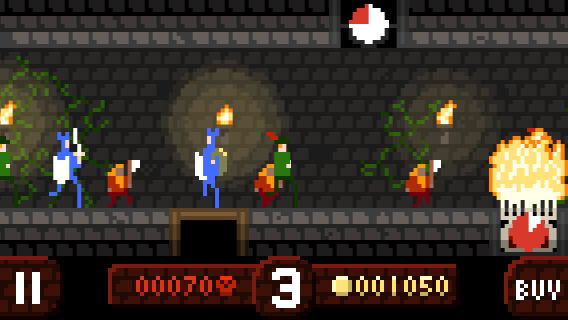 GS: Making realistic sprint goals for yourself is definitely a great strategy. Any words of advice or tips to share with fellow GameSalad devs?

Harry Atkins: Considering this was my first project I will aim this advice towards others who are just starting out. GS has a helpful community and you should absolutely take advantage of that. Check out the cookbook and video tutorials available as they definitely helped me (especially when it came to the process of uploading to the app store). When it comes to development try to set realistic milestones, focus on one problem at a time, and keep a notebook handy. I wrote down a lot of my game variables and mechanics on paper first so I could picture how the code should look. Make a prototype and be sure the mechanics work before spending loads of time on art. Concept art and mock-ups are great, but try to build your art and animations around a solid framework. Be prepared to see your idea evolve because sometimes the gameplay you picture in your head doesn’t always seem to work as well as expected. Also keep a development log on the forums, your blog or youtube as it will keep you interested in your project (it helped me) and it could draw in attention and helpful suggestions from the community. 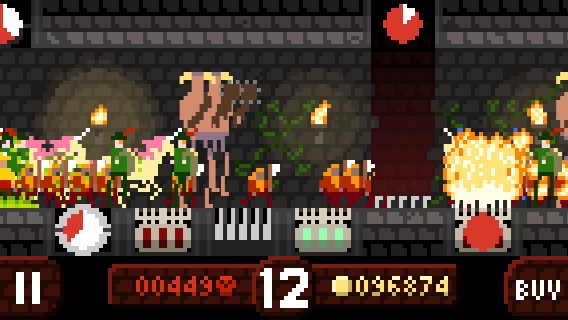 GS: You’ve got quite a few good tips there, thanks for sharing! What do you plan on doing next?

Harry Atkins: Whilst waiting for DB to go live I came up with a mini project based on Asteroids, and have already had that published. It’s short, simple and is basically an experiment into touch screen controls and using gravity. It’s called Low Orbit and it’s free if anyone is interested! (https://itunes.apple.com/gb/app/low-orbit/id920767487?ls=1&mt=8) As for my next project I have a minimalistic point-n-click/RPG-ish concept which experiments with community interaction and network tables (I need to do my homework on this first!). Also if I have time I’ll be creating a game for the current game jam (I have 8 days left at the time of writing and I’m a bit busy though!). You can find out more about my future projects by following me on twitter @outlandishpixel and by going to my site www.outlandishpixel.com. I’m also looking to make a career move into the games industry within a number of fields, and hopefully the games I’ve made will make that a bit easier. Thanks again GS!

GS: Congratulations again to Harry Atkins and we wish you the best of luck with your future endeavors!

Not convinced enough to grab Dungeon Burglars? Check out the trailer, otherwise go get it FREE on iTunes: https://itunes.apple.com/gb/app/dungeon-burglars/id913409670?ls=1&mt=8!