Congratulations to DonkeySoft, developers of our January GameSalad Game of the Month, WordForWord!

WordForWord is a challenging strategy word game where you face off against “Foxy”, your clever animal opponent, by taking turns creating words to accomplish different goals!

Check out our interview word-for-word with Chris, one of the developers at DonkeySoft, below:

Chris Lee: We’re a husband and wife team here at DonkeySoft. We lucked out in the skill set department, as she is in marketing and graphics design by profession and I am in software development. I still have a day job to pay the bills properly, but in our spare time (evenings and weekends) we work on our games. Our 7 year old daughter contributes as a tester. She loves pointing out my mistakes!

GameSalad: Sounds like you guys have the perfect balance skill wise! What got you interested in GameSalad?

Chris Lee: We started out by making educational games… something to entertain our young iPad user. She was really into putting stuff in water to see if it would sink or float. That was the first game we made, and kids seem to dig it. Some classrooms have even picked it up as well for their young students to play around with. GameSalad is the perfect tool for us, as we don’t have a lot of time, but with the time we do put in, big things happen!

GameSalad: What inspired you to make a game like WordForWord?

Chris Lee: We’ve always liked word games, and after having success with Wordizt, and Word Wow it seemed like a natural progression. We thought that there were a lot of people out there who like playing by themselves, and so competing against the computer would be a fun idea. I also wanted to write the word finding algorithm, as I had never done it before and it seemed like a challenge. I wrote it in .NET to figure it out, and then translated it into GameSalad which worked out better than I thought! 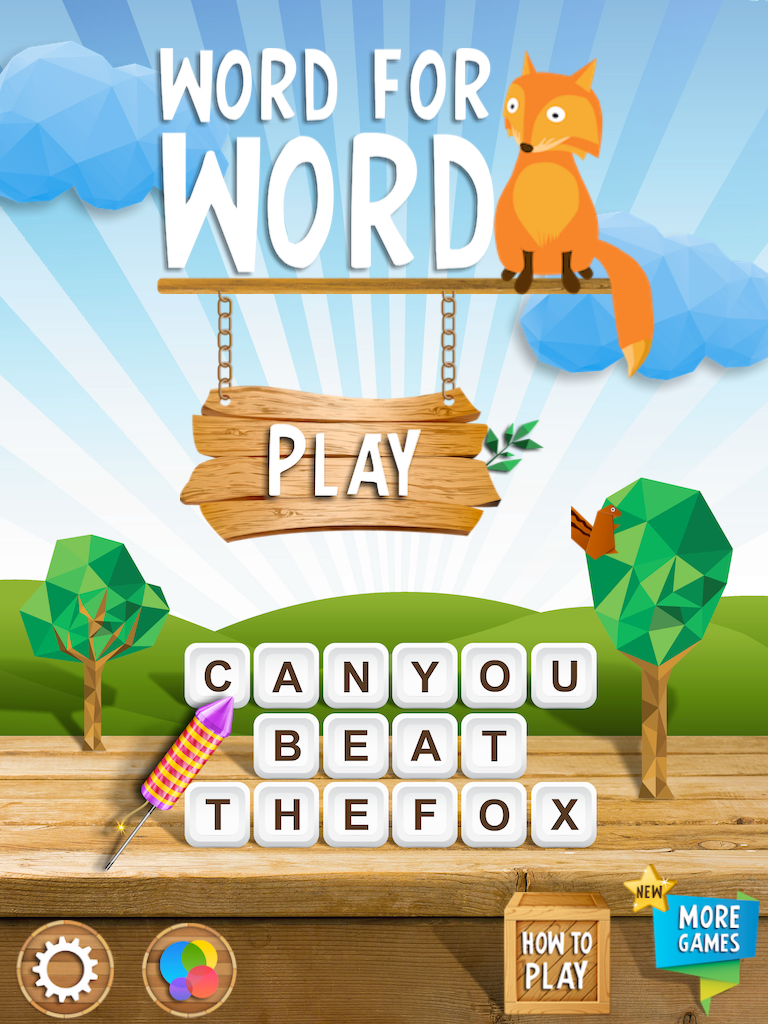 GameSalad: Sounds like you guys have been creating interesting twists for the word game genre for awhile! How long have you guys been using GameSalad?

GameSalad: And how long have you both been making games?

GameSalad: Great! Have you been pleased with your final product and has WordForWord met or exceeded your expectations?

Chris Lee: We’re really happy with how WordForWord turned out. As always, there are so many things that we would have liked to have put in, or enhanced, but you have to be firm about what makes the core of the game in order to get it out the door. If not, we would work and rework things into another Duke Nukem Forever. One of the things we’d like to do if WordForWord is received well is to add head-to-head play. It’s the perfect game for asynchronous multiplayer.

The grey semi-transparent background behind the game board on each level was a bit of a challenge. When designing a game you always have to figure out which path to take for implementation, i.e. use a scene for each level and do it by hand, or put it all in a table and render just one scene… that kind of thing.

For this I didn’t want my wife to create the background for each level (as the layout of the tiles vary), I wanted to generate it dynamically (earning some husband points to cash in later). Took a few tries, and a few sleeps before the solution came around. Pretty happy that it worked out in the end, as we can generate levels without having to worry about creating a matching semi-transparent background. I find it fun to be creative with the toolset and come up with solutions.

GameSalad: WordForWord is indeed a perfect concept for a multiplayer game. About how long did it take you to develop WordForWord?

Chris Lee: About 3 months of evenings and weekends. Gone are the days of working until 4am, so it really was just 2-3 hours an evening and maybe 8-10 hours on the weekends. GameSalad is awesome for it’s productivity. I feel I know the tool pretty well now, and so I’m not stumbling over the little things that can take hours to figure out. The learning curve of any tool can be harsh, and at the beginning I spent many hours on figuring out how something worked in GameSalad… once you know the engine and how it processes things it really empowers you to make just about anything work.

GameSalad: That’s not long for a nice polished game like WordForWord! Any words of advice or tips to share with fellow GameSalad developers?

Chris Lee: I know that it’s disappointing to put so much time and effort into a game and then release it and have it be buried in the app stores (speaking from experience… “Orbing”!, I loved it and put SOOO much time into it, and learned lots but it goes mostly unnoticed). I guess the best advice I can think of is to NOT try and hit a home run. Come up with a game idea that you would play, and then pare it down to it’s simplest form (ie. what still makes it fun and attractive, minus the gold trimmings) and stick to that for the first release. 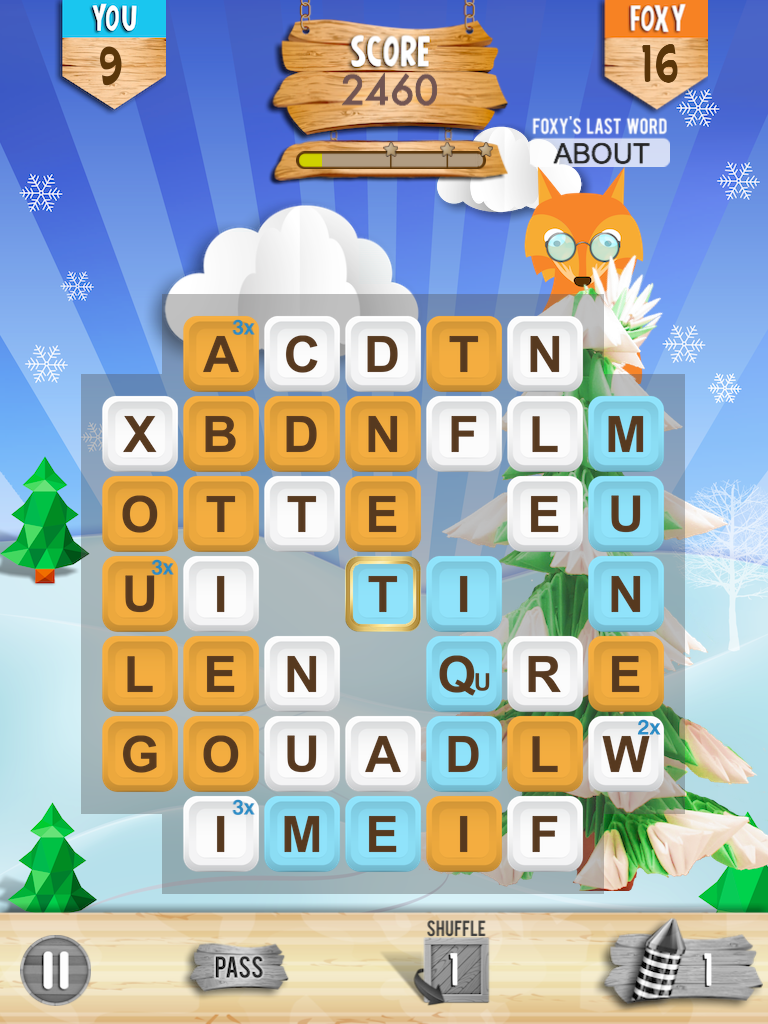 For a tip, I’d have to talk about the power of recursive spawning. This is what I used for the word finding algorithm and it works really well.

Basically, you create an object with some key logic that you want to execute over and over (searching the letter tiles that are adjacent to the context tile). Instead of using the Loop behavior which works, but will be slower, you spawn another instance of the same object and then destroy yourself. I believe there is something in the forums about this under “Hyperloops”. I stumbled across this technique on my own and then found that others were doing the same thing, which is always nice to know that you are doing something that the smart people are doing! 🙂

GameSalad: Thanks for the insight! What do you guys plan on doing next?

Chris Lee: Another word game of course! 🙂 Word Wow is doing well for us so we figured that we’d expand on that idea. It’s already fleshed out and now we just have to realize it. Life and its demands get in the way though!

GameSalad: Congratulations again and we wish DonkeySoft all the best!

If you love word games, then WordForWord is the game for you! It’s currently available for FREE on iTunes and Google Play. If you need more convincing, check out the trailer!