Congratulations to Donkeysoft, developers of our April GameSalad Game of the Month, Word Wow Seasons!

Word Wow Seasons is a puzzle word game that will test your word making speed as you race against the clock to get to the bottom!

Check out our interview with Chris, one of Donkeysoft’s developers, below:

GameSalad: Since this is Donkeysoft’s second Game of the Month win, the interview will be slightly different than normal. You can see our first interview with Chris here. What inspired you to make a game like Word Wow Seasons? 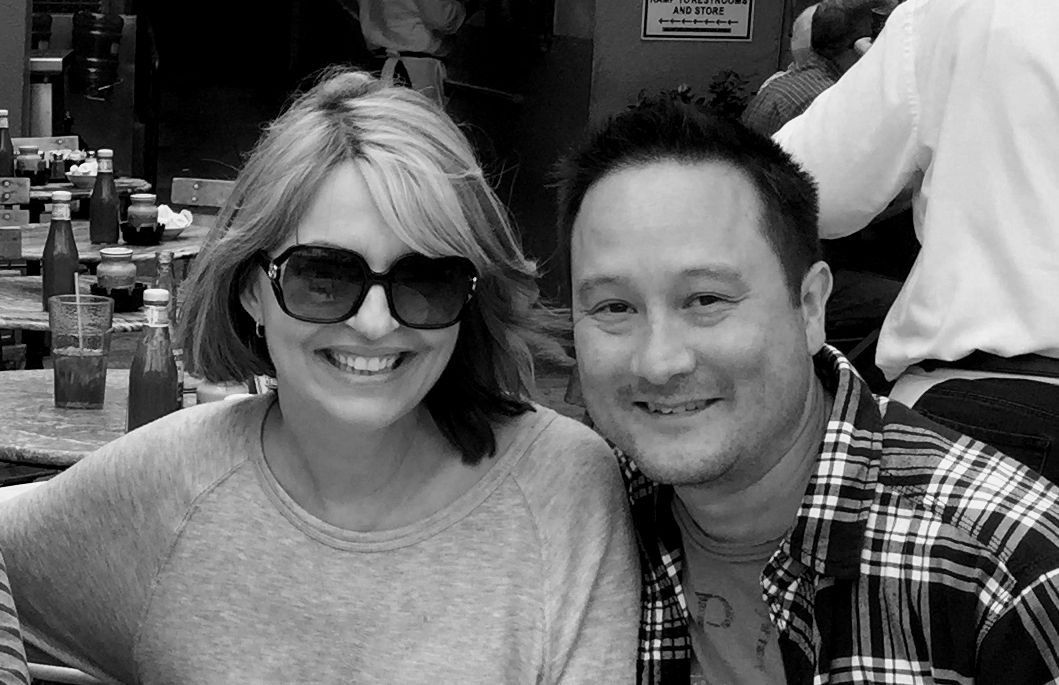 Chris: First I’d like to say that being chosen for GotM in January and again in April might look a little suspicious to some of you! So…for the record, I don’t know anyone at GameSalad personally. I may or may not have dropped into the GS studio and left some money laying around… but I don’t know anything more about it. Don’t ask me.

In all seriousness, this is very exciting and we’re flattered that you chose our game! So to answer your question, we released Word Wow in June of 2014, and it’s been steadily increasing in popularity on both Android and iOS. We released a few other games afterwards that we thought were great (you can see them at http://Donkeysoft.ca plug plug plug), but they were not experiencing the same success as Word Wow. So the logical thing to do was to listen to our audience and create a follow up… Word Wow Seasons.

The game is themed by worlds, so Seasons allows us to have some fun with holidays like Easter, Halloween and Xmas. Yes, it’s definitely borrowing from Angry Birds, and we considered calling it Holidays, but we have a Spring and Summer theme (bright colors are always fun), so it was hard to get around calling it Seasons.

GameSalad: Listening to your audience is usually a good choice. How long did it take you to develop Word Wow Seasons?

Chris: Well, this is where we were able to take advantage of having the original game. It’s always faster to work from a framework than to build something from scratch. It came together pretty quickly. We had the conceptual design of what we wanted to do for a successor, and the 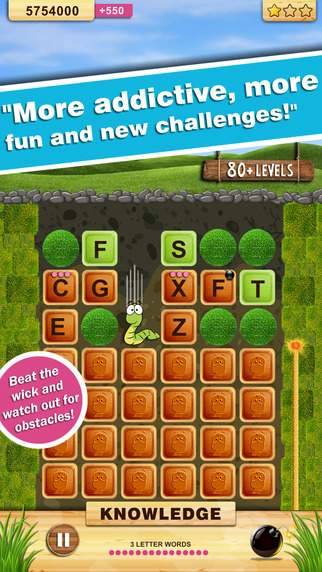 themes we wanted to launch with (we plan on releasing another world shortly). So, it was just straight ahead, with almost zero technical issues. That almost never happens…I’d say 3 weeks of part time work (evenings and weekends) for two of us.

Donkeysoft is comprised of only my wife (Kristine) and myself. She does all the UX design and graphical work, while I do all things technical. It’s a fantastic arrangement as most programmers out there can imagine. I can’t draw to save my life, so without her our games would be a whole lot less fun to look at (that’s putting it mildly – picture black squares bashing into each other).

GameSalad: Having pretty art is definitely important! Have you been pleased with your final product and has Word Wow Seasons met or exceeded your expectations?

Chris: We love the way Word Wow Seasons turned out and we’re getting some great feedback from our users. The biggest thing in front of us, and I imagine for a lot of those reading this right now, is getting your app seen. The app stores are crammed full of apps, more every day, and there’s very little visibility anymore. Keywords are impossible to leverage, as every game out there has Bird or Ninja in it (do a search and see). So what’s the indie dev to do? That’s what we are trying to work out. It seems that having our own audience in a niche market works for us. Keep putting out the best you can and build a following. Then when your next game comes out, hopefully there’s people that will come looking for it. It’s a slow progression, but it’s moving in a positive direction.

One of the things we did this time around was leave the 5th world blank, and where we had previously put COMING SOON… we changed it to “If you want another world, click here…” which takes them to our website, and they can drop their email for a notification when the world is released. This gives us an indication of interest and also allows us to slowly build a database of users. So far it’s been surprisingly successful with new signups coming in every day.

GameSalad: That’s an interesting idea, thanks for sharing! After winning Game of the Month twice, surely you must have some more advice or tips to share with fellow GameSalad developers?!

Chris: I never feel comfortable giving advice, because I just barely know what’s going on with my own stuff. 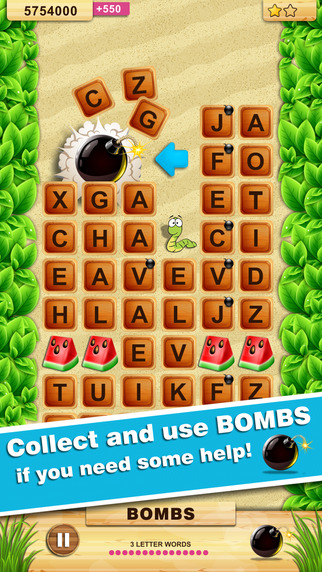 However, since I’m on the spot… When designing a game around an idea, we tend to take a core mechanic or idea, and work outward. One of the most important considerations for me in game design is how the levels are going to work. I think it’s massively important that a game have some sort of progression to it. If the game is going to have a lot of levels, then you need to be able to manufacture them with some ease. I like to use tables for the level creation, then create an external tool to generate the levels, and then import that table data back into GameSalad.

Some games are more dependent on level design than others, so there can be no simple rule about it, but generally, I try to steer towards something that the user can complete in bite sizes. That is, pick it up, play 1 level… go back to driving the bus, or whatever you were doing and feel like they accomplished something.

From a design perspective, Kristine feels it is critical to have a solid “storyline” that players can buy into while forming an emotional attachment to the plight of the characters. I think that’s all just an excuse for her to make fancy looking things… can’t argue with the end result though!

GameSalad: You can’t indeed, thanks for the insights! When you’re not developing games, what are some of your hobbies outside of GameSalad?

Chris: I gotta say, game development over the last 2 years has really ruined most other hobbies for me. Thanks a lot GameSalad! Spare time is all funneled into working on something or other that is game related. I like beer (and Hockey), do those count?

We have a 7 year old daughter who is every bit as “type A” as the two of us, so that keeps us both pretty busy. She loves our games and has actually been known to find bugs in our beta testing. We only take one long trip per year now and it’s mainly to escape our brutal winters by heading south, somewhere near your neck of the woods.

GameSalad: I’d say those count! What do you guys plan on doing next? 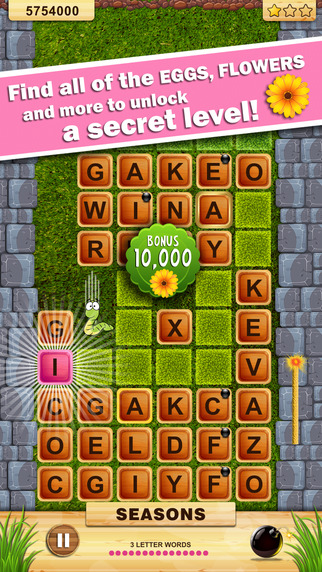 Chris: Word Wow Seasons wasn’t totally planned in the list of upcoming games. It kind of jumped the queue. We have a couple of ideas that we’re in the process of fleshing out at the moment. We have no shortage of ideas…I’ll bet our white board has 2 years of ideas on it right now. It’s our lack of time that is always holding us back.

I’ve started looking at the networking features that I just discovered in the stable release. I thought they were still in the nightly builds, but now I can’t wait to take advantage of these features. The possibilities are pretty great!

By the way, Microsoft has a program called Bizspark, which is free for startups. They’ll give you a MSDN subscription, Azure cloud time, App store dev license. It’s worth looking into. I mention that because you could use the new networking features of GameSalad and free Azure cloud hosting to create something awesome!

Thanks again! Cheers all!

GameSalad: One possibility being multiplayer for your other game, Word4Word! I know we’re all looking forward to your future releases, and we wish you the best of luck!

If you love puzzle or word games, then Word Wow Seasons is the game for you! It’s currently available for FREE on iTunes and Google Play, so go get it! If you need more convincing, check out the trailer!