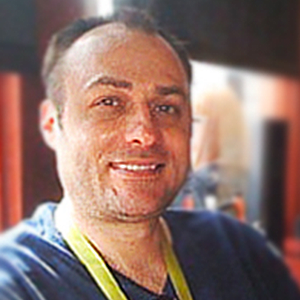 This high school teacher empowers his at-risk students by turning them into game designers.

Since 2011, David Conover has taught the Video Game Design class at Connally High School in Pflugerville, Texas. His students work with the Adobe suite of products, including Photoshop and Flash, and use assets from those programs in GameSalad Creator to produce educational games. Mr. Conover’s students found GameSalad intuitive and approachable, and learned how to use it extremely quickly: 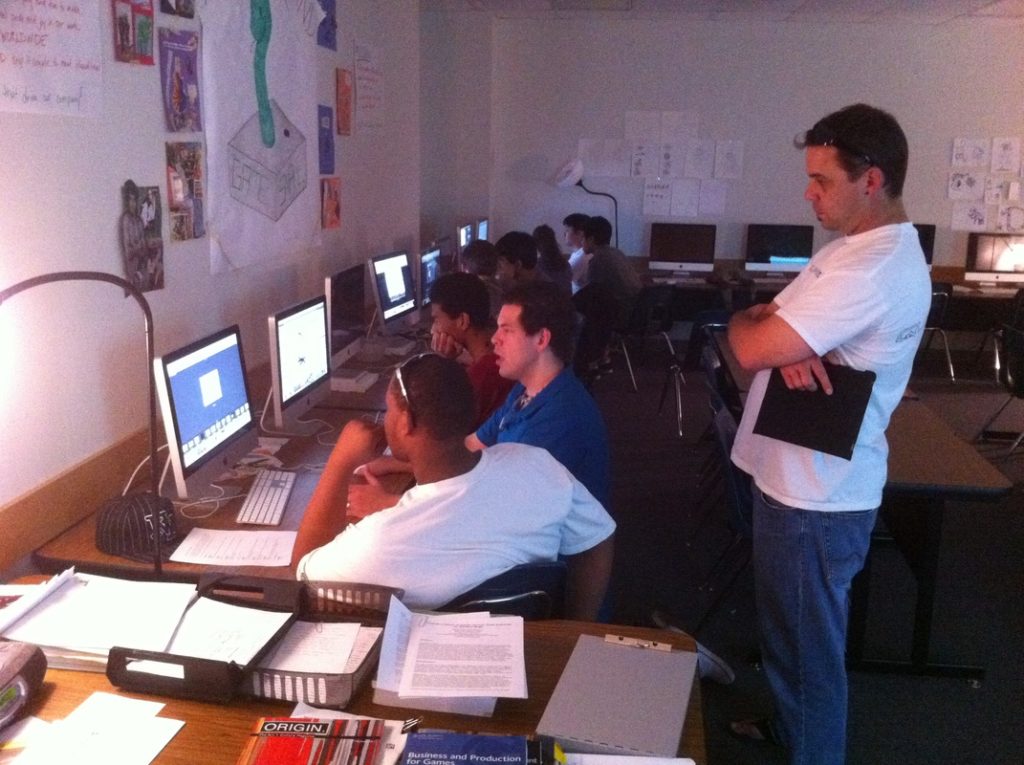 “GameSalad Creator is the fastest and easiest way for my students to design and create their own games in the classroom.“ — David Conover

Typically, his students form teams of four and compete with other teams as they design their games. Each student takes on several roles, such as artist, producer, designer, developer, and musician, in order to explore the dynamics that exist at traditional game companies.

“You’ll see students working in clusters, in large groups, in small groups – very much like the real-world environment, but it’s done in a high school classroom.“

This approach often lets students explore multiple roles, as well as learning what it’s like to work in a team with a boss. This simulated work experience is valuable experience for his students, many of whom are categorized as “at risk”.

In addition to working in these simulated internal project team roles, students also get hands-on experience outside the classroom. David works closely with local universities and businesses to help his students learn what the real world is like.

Typically, he’ll pick a theme for the year, and his students must create games around that theme. For example, one year, David chose the theme of solar energy.

“I give them the tutorials, but the process isn’t always a straight line; you can come at it from various roles or points of view, and I try to create an environment that allows the students to make these personal connections to the outside world, as well as bring in the outside world and have them sit down with the students and share their wisdom.“

From classroom to garage

Often, the interest in game development and software engineering that David’s classes foster can grow into a passion outside the classroom.

One of Conover’s former students took his class multiple times and became an avid GameSalad developer in his own right. The student, named Raymond, created multiple games with fellow students, including one based on Austin’s Circuit of the Americas Formula One racetrack, and another about health and diet.

Raymond’s passion for building content with GameSalad was so strong, he even built a career plan to create his own company after graduation and continue making fun and educational applications using the product.

In a town known for its startups, the “next big thing” could be created with GameSalad — and just might built by one of David Conover’s star students!