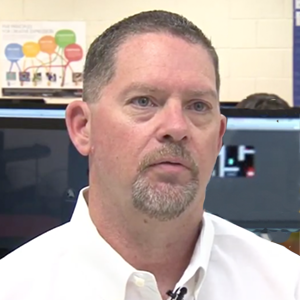 At this innovative high school in South Texas, students are bucking the trends and graduating with college credits, thanks to innovative classes and a focus on college and career readiness.

An idea becomes an opportunity

Douglas Gregory has been a teacher for over 20 years. Five years ago, he began teaching at PSJA Memorial High School in Alamo, Texas as a Graphic Design Teacher. Realizing that his students were increasingly engrossed in video games, he would assign students theoretical projects related to gaming, such as creating character art, backgrounds, and even box art for a game.

“Students are passionate about creating their own games. GameSalad gives students a great starting point, while also allowing them to grow as the designers & programmers of the future.” — Douglas Gregory

During the middle of his second year, Gregory came across an article discussing the staggering size of the US games market, as well as the coming boom in mobile gaming technology. Realizing the opportunity, he forwarded the article to his principal, Ms. Judith M. Solis, along with a simple, passionate plea: “we can’t let our students get left behind on this.” The message resonated, and before evening, he was presenting his ideas to the district Career & Technology Director, Javier J. Saenz. Saenz signed on and forwarded Gregory’s message to the Superintendent of the district, Dr. Daniel P. King.

That same evening, Gregory received the answer he had been waiting for: a message in his inbox from Dr. King that read, “Would you be willing to take on this new career pathway?”

Replying “YES!” excitedly was the easy part. The hard part was figuring out everything he needed to know to build games, and do it in six months. Gregory had prior experience teaching students in digital imaging programs, and also had some experience with audio creation tools. What he was lacking was something that allowed him to combine those disparate elements together along with a consistent design and create games. 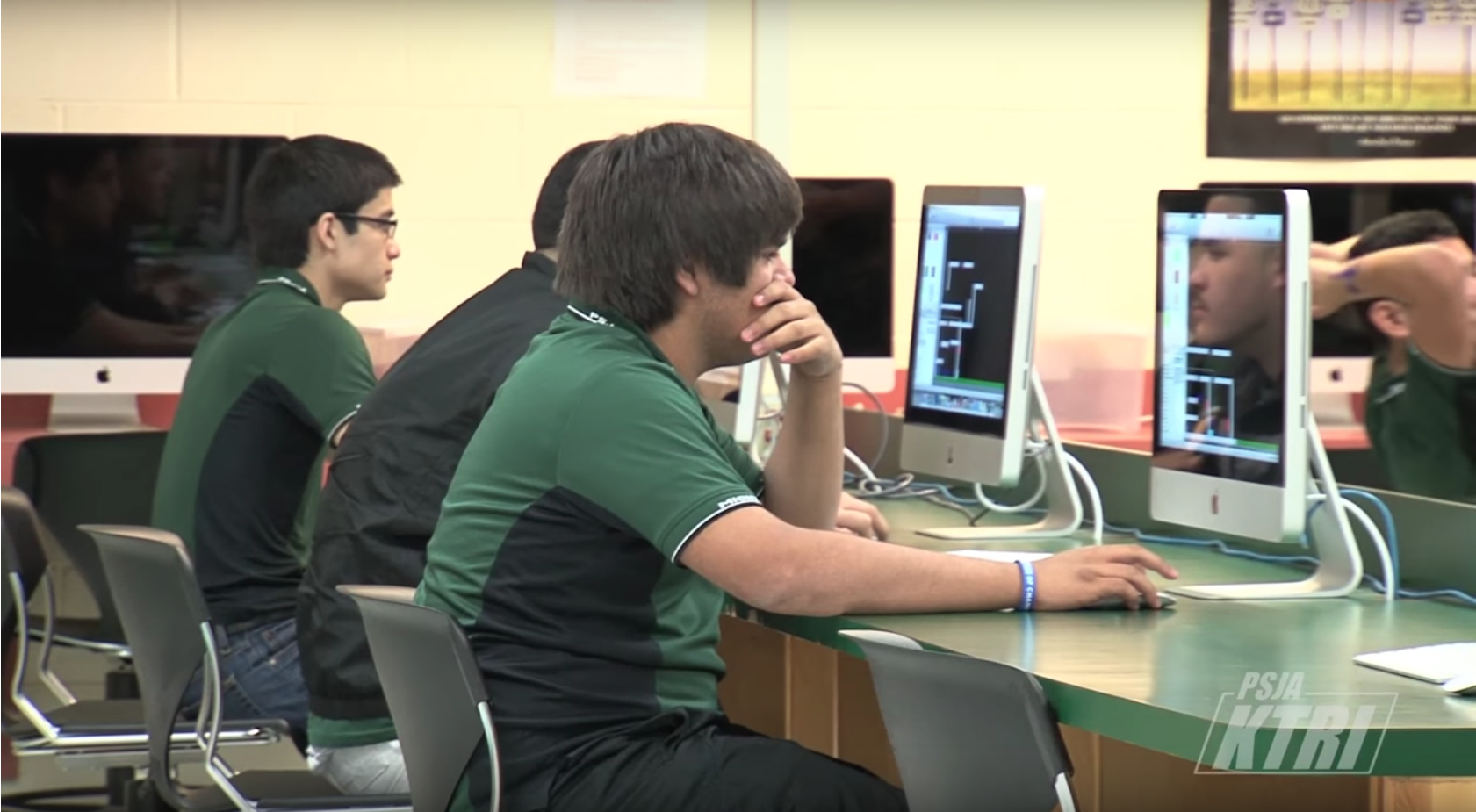 “It feels good to… create your own game, just to see other people enjoying it… to see the smiles on their faces enjoying actually getting into the game, and knowing that you created that on your own with your own hard work… that’s a really good feeling.” — Emilio Silguero, 10th grade student

Initially, he tried a variety of game programing software, building on his experience with web development. He planned to lecture students on coding the way he’d been taught, in a very traditional “lecture & memorize” style, but soon realized this approach was all wrong for today’s “digital ninjas”. With Ms. Solis’ help, Gregory began developing an approach more closely aligned with the Common Instructional Framework, which had the extra benefit of making the class more accessible to second language learners and special needs students. If his students could master programs like Photoshop, PowerPoint, or iMovie, he theorized, they could learn to make games just as quickly. He tried programs like Alice & Gamemaker, but he just couldn’t see them working with students. He just had to find the right program.

Then, in July of that summer, Gregory downloaded GameSalad Creator and watched some of the numerous video tutorials on the web. He experimented with the sample games and taught himself how to build games. He knew if he was having this much fun, his students would be ecstatic. He realized that with GameSalad, he could empower his students, not just to imagine what kinds of games they’d like to someday create, but to actually make them.

Three years later, and Mr. Gregory’s classes are the most popular in the school. He now offers both an intro and advanced game development class (as well as a video production class) and sets the bar high for his students, demanding professionalism, focus, and commitment. His students come in knowing little about how their favorite games are made, but leave with a deep understanding of the many aspects of game design and development.

That same evening, Gregory received the answer he had been waiting for: a message in his inbox from Dr. King that read, “Would you be willing to take on this new career pathway?”

Replying “YES!” excitedly was the easy part. The hard part was figuring out everything he needed to know to build games, and do it in six months. Gregory had prior experience teaching students in digital imaging programs, and also had some experience with audio creation tools. What he was lacking was something that allowed him to combine those disparate elements together along with a consistent design and create games.

It takes a lot more than just “a cool idea” to bring a successful game to market, and Gregory’s students learn this firsthand. His students are expected to first submit game design documents, including, writing game stories, concept art, create storyboards, programing basics like “win-lose” conditions for approval. Once approved, they create all their own art, sound effects, soundtracks, program, and test the final product. All this is under strict deadlines — an introduction to the tight schedules and high expectations of the professional software development industry.

Unlike traditional approaches to teaching programming from the “Hello World” up, GameSalad enables Gregory’s students to experiment with, expand on, and implement their ideas the same way today’s students learn best: visually and interactively. For him, modeling what his students need to do in early game builds, leads to his students taking the lead and overtime they have a desire to one up each other.

Said Gregory, “You know how competitive game play is in general? In my classes, game building is even more competitive, both individually and in teams!”

Instead of fighting frustrating syntax errors, hunting down missing semicolons or poring over intimidating sample code, his students are visualizing their ideas in days, if not hours, and experiencing the thrill of seeing their work being enjoyed by others.

Hidalgo County in southern Texas, where PSJA Memorial is located, is, per capita, one of the poorest counties in the United States, and the county’s percentage of college-educated citizens is about half of the national average.

“Students are passionate about creating their own games. GameSalad gives students a great starting point, while also allowing them to grow as the designers & programmers of the future. As teachers, it’s our job to give them the tools & skills to create games, and help them find their future careers.” — Douglas Gregory

These facts have been ‘fighting words’ for PSJA ISD’s administration, staff & school board. For the past six years, Dr. King’s vision, focus and initiatives have been focused on getting the district’s students “college ready, connected and complete”. And it’s working — there are many amazing stories you can find on the district’s website and YouTube channel, including a PBS ‘Frontline’ story that documents the amazing progress they’ve made.

Helping prepare students for the challenges of today’s job market is of critical importance, and Gregory’s course has been a game changer: nearby Texas State Technical College, in Harlingen, TX recently approved a proposal to offer dual credit for the class, giving Gregory’s students a head start on a pathway to either an Associates of Applied Science degree in Digital Media Design Technology or an Associates of Applied Science degree in Game Development & Programming.

Mr. Douglas Gregory’s class is proof that despite the focus on getting all his kids into college, making learning fun has had a lasting impact on the lives of his students, and he considers this serious business indeed.